Please post a pic of yourself or your car tell us about yourself and let us know where you are from.
Post Reply
10 posts • Page 1 of 1

One off the best looking wheels i've seen so far on a GTV6.

Those wheels look brilliant on your car, which is, btw, stunning!
Fixing it bit by bit....
Top

235/40/17 actually look quite small on the little GTV6. It's easy for large diameter rims to look a bit silly on the smaller Alfas, but you've done it very well.
Top

But the car must be lowered, it is a bit Jeep-like now?

Very good looking car!
Didn't know there were 3.0 Gtv6's other than those sold in South Africa.
Were these fuel injection?
Top

The Monaco series were a "concesionaire version" made from regular GTV6 2.5.
They are not official Alfa variants os special series.

They were made by adding a tiny vynil stripe thru the sides with "MONACO" lettering. A pair of MONACO stickers were added in the trunk door (left side) and to the front panel, over the headlights (left side too).

Engines and gearboxes were stock 2.5.... so this car had a 75 engine swap at some point in its life... (a check to the engine number will throw light...)

Interior were all in leather, incliding door panels and their tops and the gear knob.
A Blaupunkt New York autorario with separate power amplifier/equalizer were fitted too. 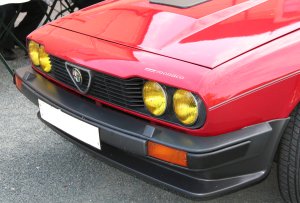 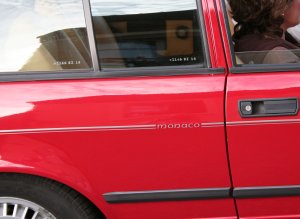 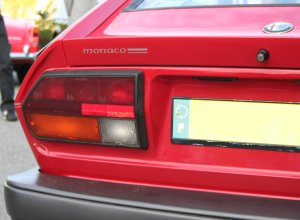 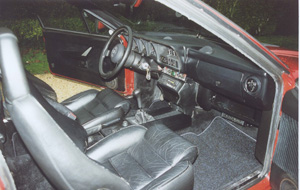